0
was successfully added to your cart.

Press & RecognitionSome quotes from other artists

Since starting my career in high school in 1967, my goal was to have my art inspire and entertain others just as many artists (music, film and fine arts) have done for me. Below are some of the quotes and experiences that I have had with some of my idols/inspirations such as The Beach Boys, Alice Cooper and others.

I am always happy to do interviews and share my art whether it be major news sources or school and college papers. 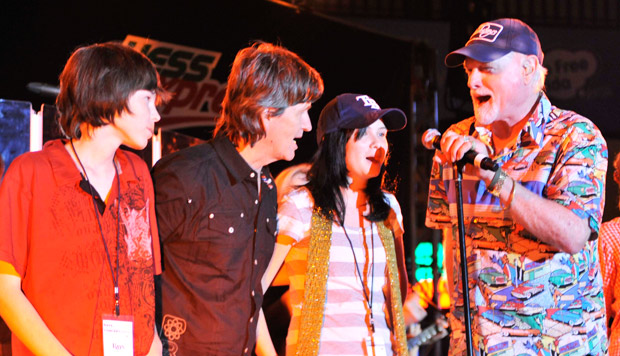 Jim and kids Drew and Arte on stage with The Beach Boys at the Tropicana Field in St. Petersburg, Florida, 2009.

“They say a picture is worth a thousand words… In the case of Jim Warren’s art, a million words would be insufficient to convey the depth and breadth of Jim Warren’s genius. His gentle and unassuming manner belies the amazing talent he possesses. Jim Warren has generously stated that there is an artist in all of us. That is perhaps, to some degree true. But to witness his level of artistry is to be awed by his brilliance.
Jim Warren’s art is masterful in that so much of his creativity can transport the beholder to a place of transcendent beauty. A place of pure inspiration and liberation from our often ordinary circumstances. Jim warren’s art is like love, flowing from the tip of his brush that he shares with the millions of us who are fortunate enough to be touched and inspired by what he has given and continues to give to the world.”

“Your work is wonderful. I enjoyed your site immensely. Love the artwork … great! Fantastic Stuff!”

Jim with actress Kristen Chenoweth at a portrait unveiling party in New York, 2011.

“Some artists are good at scenes of unmitigated horror. Some have remarkable senses of humor. Some are fine portrait painters. Some can paint wildlife so naturalistcally that you’d swear the animals are about to jump out of the picture. Some are so commercial that they can win awards from other fields, like, say, a Grammy for best album package. And some (a very few) can do all of the above, and much more. Which brings me to Jim Warren…”

“I have several of Jim’s paintings. He always captures intense emotion along with his breath-taking art. His unique images literally leap off the canvas with tremendous impact.” 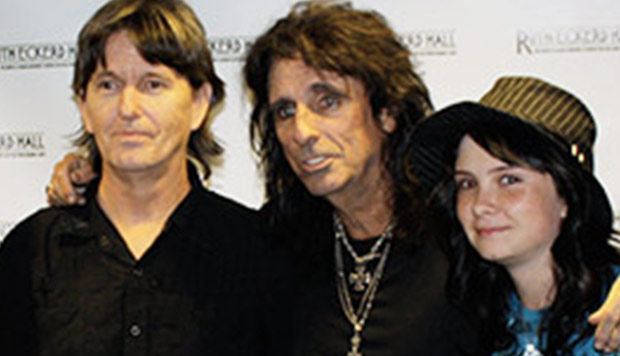 Jim and his daughter Drew with Alice Cooper in 2010, 25 years after painting Alice’s album cover “Raise Your Fist and Yell”.

“Jim is wonderfully specific in his details. He has brought form to some of my favorite nightmares.” 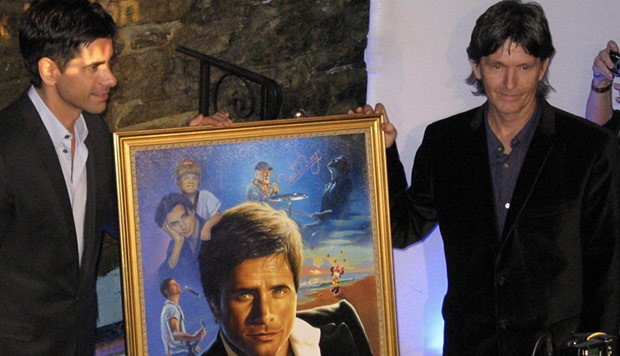 “Thank you Jim, for the childlike feeling of amazement you have brought back to me. You not only ‘hold the light’, you create it” 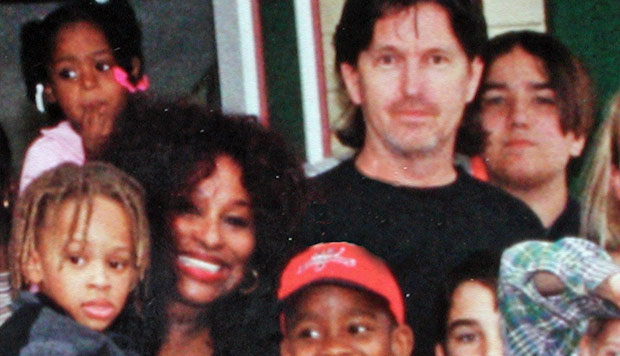 “Jim is the greatest of the new millennium. His work carries on (in a most beautiful way) the torch for Dali, Norman Rockwell and Maxwell Parrish. I love this man’s work.”

“He truly is a great artist.” 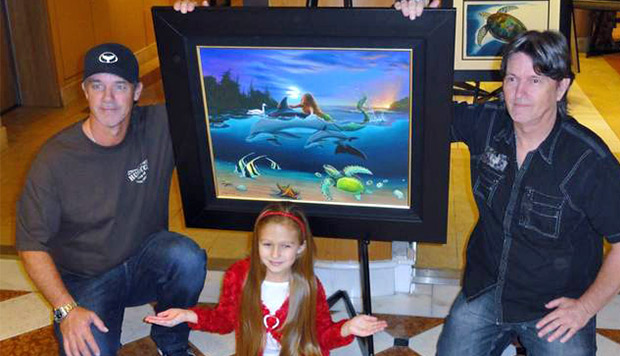 Jim and Wyland in 2013 with the painting “Littlest Mermaid Rides Again” (and the paintings model Camy).
This was the first collaboration together in 15 years.

“I find Jim’s art to be highly original and inspired.” 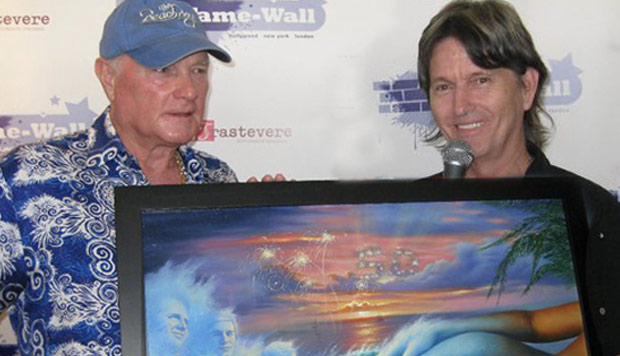 Jim presenting his painting to Mike Love of The Beach Boys for The Fame Wall.

“Everything he does is different and amazing. He is amazing!”

“Being an animal activist and an environmentalist, I find Jim’s portrayal of the animal kingdom and the environment, in relation to children and the rest of mankind, to be very enlightening.”

Jim with Kelsey Grammer for his Fame-Wall portrait unveiling on Broadway in 2011.

“Jim’s book is a masterpiece.”

“Jim’s art really communicates. The word ‘under-achiever’ isn’t even in his vocabulary.”

Jim Warren is one of the most versatile and successful artists living today. Traditional in the sense that he uses oils on canvas but anything from conventional, Jim creates what he feels - never conforming. The whimsically surreal and amazingly unique creations he paints have inspired artists from around the world.

For more about Jim, visit his bio. For more on his work, visit his portfolio.

For any questions or comments please send an email to Jim@JimWarren.com and we will respond to you at our earliest convenience.